After many years of scriptwriting for radio dramas and audio production, I’ve mostly focused on screenwriting in recent years. So far, I’ve written five screenplays (3 features and 2 shorts).

A radio personality struggles to save his raucous morning show after his normally reserved producer starts dating a free-spirited actress and undergoes a personality change that threatens not only their syndication plans but also their lifelong friendship.

(Set in the late 1980s during the peak of the San Francisco comedy scene, the script was inspired by the legendary Alex Bennett Morning Show and the oddball stand-up comics who appeared on it.) 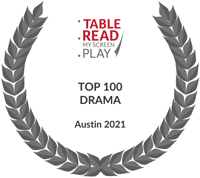 Remembering Mornings with Alex Bennett, the King of Comedy

While stranded on an exotic moon, a famous swashbuckler meets an alien kindred spirit who takes him on a series of increasingly outrageous hunting expeditions, culminating in a fight for survival that will force him to question his lifelong passion for big game hunting.

While she races around the galaxy in pursuit of a remnant from Earth’s past, a private investigator learns the truth about her father’s death and must face down his killer if she wants to fulfill his dream of preserving a precious piece of their heritage.

After multiple failed vaccine trials, a scientist has one last chance to formulate a successful vaccine and test whether it can save his wife from a gruesome demise.

Captain Dim Jerk and his crew warp off for a series of misadventures aboard the U.S.S. Compromise in a parody of the original series from the Star Trek franchise.

I’m a member of the CFAA Screenwriters Lab which meets on the fourth Tuesday of every month to evaluate scripts by local writers. If you’re a fellow screenwriter in the Sacramento region, I’d love to connect with you!