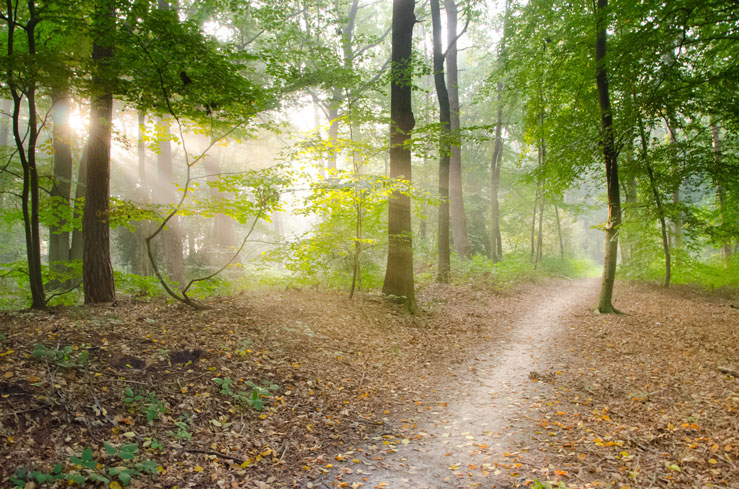 I’ve written about the FIRE movement (Financial Independence, Retire Early) several times since I launched my blog. I’ve also made a few references to my FIRE journey. What I have not done to date is share any details about my FIRE story. In this post, I’ll rectify that by coming into the light and sharing my path to FI.

I think telling my FIRE story is important for several reasons:

“My” FIRE story is not really accurate since my wife has been my copilot on the road to FI. So, this is really OUR FIRE story.

Our journey down the FIRE trail has been typical in some ways but atypical in other respects.

Our FI journey didn’t really start until after we got married, but for the sake of context, I’ll include a brief bio about my financial life before then.

I grew up in the East Bay (of the San Francisco Bay Area) with a younger brother and my parents, who were in the upwardly mobile middle class. My parents met at Cal Berkeley as students and got married around the time they graduated.

My father embarked on a long and successful career as an environmental engineer; he was the main breadwinner in the family. My mother worked on and off over the years in various professions (tennis teacher, retail store owner, knitwear designer, and others).

My parents were financially responsible while I was growing up. They were not materialistic and prioritized experiences such as traveling over possessions such as fancy cars. They lived within their means and avoided debt.

My father had a retirement plan at work, including a 401k for which he selected the mutual funds. He also took advantage of other investment opportunities at work such as his company’s stock plan. However, other than that, my parents did not have a formal financial plan and did not work with financial advisors until close to retirement age.

Similar to most kids then (and I suspect today), my parents did not provide me with much explicit “training” or education about personal finance. As a result of some summer jobs in high school, I did have a checking and savings account, and they did coach me on how to balance a checkbook. In college, they encouraged me to open a credit card and use it responsibly. Their influence was more implicit by serving as good role models of financial responsibility.

Like my parents (and my grandparents before them), I also went to U.C. Berkeley (as a psychology major) and was fortunate to graduate without any student debt. My parents funded college for both me and my brother. They planned and reached a goal of saving enough money to send one of us to public school and one of us to private school. Lucky for them, we both attended public schools in the University of California system, so they had money left over for other things (like a house remodel).

After graduating from college, I bounced around quite a bit career-wise and fell into some credit card debt. Before getting into IT and eventually software engineering, I spent several years sporadically employed in low paying administrative jobs in various facets of media and the entertainment industry (which was my interest at the time).

As a result of my low income, I ended up with several thousand dollars in credit card debt. I paid the minimum amount due (or more) each month and periodically moved the balance around from card to card to keep the interest rate low (leveraging introductory promotions on balance transfers to new cards). At some point, after a few years of this, I eventually paid off the debt and avoided falling into that trap again.

In the mid- to late-1990s, I found my way into IT work and better pay. By the time I met my wife in 2001 (at age 33), I was over a year into a bonafide career in software engineering (web development) and on the road to much higher income.

My wife grew up in New Delhi, India, with a younger sister and parents who both had accomplished careers in academia. Relative to India’s standard of living, her parents were in a similar socioeconomic status as compared to my parents.

She graduated from college and came to America for graduate school, eventually earning degrees from Boston University and the University of Miami. Between her parents’ support and working part-time through school, she graduated without any student debt.

After a brief stint in Sacramento, she landed in the Bay Area with a startup consulting company. They placed her at a big utility company whose office building was … just across the street from Keen.com, the e-commerce Internet start-up I joined in early 2000 during the original Internet boom.

My wife and I met in May 2001 and got married in May 2003. After our wedding, we fully merged our finances. Rather than giving a blow by blow account of our lives since then, I’d prefer to organize our story according to the key factors which helped us reach FI. However, for context, below are some of the bigger milestones from our lives together.

With the chronology out of the way, read on to find out how the events above along with other key factors enabled us to reach financial independence.

Our Keys to Reaching FI

For regular people who are not trust fund babies, celebrities, or tech CEOs/founders, I think an important key to reaching FI is that you have to really WANT it. And want it badly. Otherwise, you are unlikely to take the risks required and make the compromises necessary to achieve FI.

My wife and I were both super-motivated to reach FIRE for various shared and separate reasons.

For both of us, corporate life/culture has never felt like a “natural” human state or one that is conducive to nourishing the soul. Consequently, neither of us relished the thought of working in the corporate world until traditional retirement age. Also, neither of us defines ourselves by our jobs — our self-esteem and identities are not tied to our chosen professions.

A second major motivation was the desire to create better lives for our kids. With both of us working full time in demanding jobs in the Bay Area rat race, we perpetually felt frazzled and time-compressed in our daily lives — and severely limited in our ability to involve our kids in enrichment activities.

As all working parents painfully know, many extracurricular programs are after school on weekdays, during work hours. Some are on Saturdays, but there is only so much you can squeeze in on a Saturday. For example, my daughter was extremely interested in pursuing gymnastics after taking beginning classes for about a year. However, we knew that competitive gymnastics involves a level of time commitment that we would not be able to accommodate in our work schedules. So, we had to rain on our daughter’s parade, perhaps creating a life long grudge.

In addition to wanting more flexibility to shuttle our kids around, we also didn’t want them to endure grumpy, stressed-out parents for their entire childhoods.

A third motivation, for me personally, is that I set aside my creative hobbies and interests when I became earnest about my career in software engineering (and could no longer afford to flounder around as a starving artist). Writing has always been a passion for me, and I had been involved in college and during the years after in movie reviews, radio drama production, and film screenwriting. These activities take a tremendous amount of time and focus, and I knew I would never get back to them as a full-time working parent. In my mind, achieving FIRE would give me the freedom, time, and opportunity to once again pursue my creative callings.

Takeaway
If like us and many in the FIRE community, you value your time and freedom more than anything else, then the dream of claiming 100% ownership of your time will hopefully light a big fire in your belly … and start you down the road to financial independence.

That ends Part 1 of the story of our journey down the FIRE trail. In the next installment of this 4 part series, I will discuss several more key factors which enabled us to reach financial independence.

In the meantime, please feel free to share any thoughts you have on our story so far in the comments. (Note: I moderate all comments so you may experience a delay before your comment appears on the post. For any SPAMMERS out there, don’t waste your time submitting as I will reject your comment.)