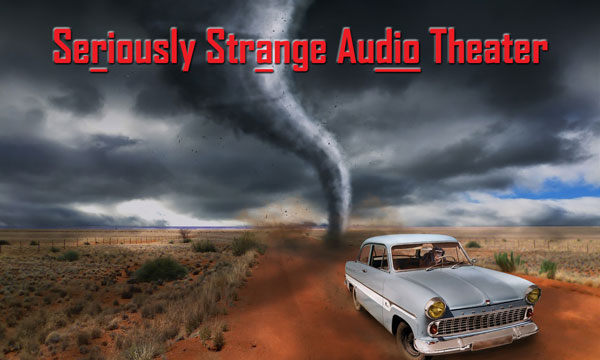 This is a story about how Financial Independence can open unexpected doors and lead to “accidental” opportunities.

If you’ve read some of my previous posts, you may know that I FIRE’d in June of 2018. I left my job and moved with my family from the San Francisco Bay Area to the Sierra Foothills where the cost of living is lower.

Part of my vision for early retirement was the vague notion that I would get back into creative projects and hobbies. In my twenties, before getting serious about my career (in software engineering) and before getting married and starting a family, I spent a ton of my free time pursuing creative endeavors.

For about 10 years, I wrote, directed and produced radio dramas for Shoestring Radio Theatre in San Francisco (and also learned HTML to build their website). Later, I would also produce a bit of audio comedy with my side group, Crunchy Frog Comedy.

During this era, my roommate was a fantasy sports fanatic, and we combined his expertise in that arena with my entertainment industry interests to invent a fantasy league game for television with scoring based on the Nielsen ratings. After playing the game offline for a couple of years, we developed a web version of the game for TV fans to play.

Also, toward the end of this time period, I wrote four drafts of a feature-length movie screenplay, which I entered into some screenwriting contests. For a time, I was serious about trying to market the script in Hollywood.

Although I loved following my creative interests, the sad reality was that none of them were lucrative. Shoestring Radio Theater was an all-volunteer non-profit organization. The “Virtual Prime Time” TV game made a tiny bit of money but not enough to cover expenses. And I did not get very far with selling my screenplay.

A Long Detour Into the Corporate World

With the dot com Internet gold rush exploding around me, I decided to leave behind my life as a “struggling artist” and follow the money. I used my HTML skills to embark on a career in web development. Within a few years, I was in a demanding tech career, married with two kids, and far too busy to keep up my creative hobbies.

About twenty years later, after leaving the corporate world for early retirement, I finally found myself with the time and energy to once again contemplate my creative passions.

The first question in my mind was whether the creative spark was still inside me since it had lain dormant for so long. Another question was whether I could rediscover my funny bone as a creator (as a consumer of entertainment, my sense of humor had never disappeared).

The core of my previous creative drive was always writing (which I most likely inherited from my maternal grandparents who were playwrights). I also enjoyed the visual creativity of building websites (even though I am far from a graphic designer). So, perhaps not surprisingly, my first new creative endeavor was to learn WordPress, rebuild my personal website and start blogging. (Becoming a blogger is a FIRE stereotype for sure but in my case motivated by creative reasons as opposed to monetary ones.)

Another question which had been lurking in the back of my mind during my corporate work days was whether I’d want to return to the realm of radio drama. However, my first inclination was that I’d rather get involved in something new instead.

Sacramento (which is not far from my new home) has a thriving film community, with many filmmakers hoping to follow in the footsteps of Greta Gerwig. Gerwig is an indie film star who grew up in the area and returned to Sacramento to direct her first film, Lady Bird. Knowing this, I decided that exploring the local filmmaking scene would be a good way to meet people and plug into creative projects.

When I saw a posting on Meetup about a new group called The Sacramento Film Project, I was immediately intrigued. I attended the first couple of meetups and got excited about where the group was headed. Unfortunately, the group meets at least 30 minutes away from me (more with traffic) and often on nights when I have conflicting parenting obligations. As a result, I have not been able to get involved in the group on a regular basis.

Even though I was not looking to return to radio drama production, serendipity brought me back to that path.

Since I had set my interest preferences on Meetup.com, the service notified me of a new group starting in early January 2019 called the “Roseville Acting Meetup.” The organizer was a woman named Sharon Menefee who wanted to get voice actors together to practice performing goofy sci-fi comedy voices. I am by no means an actor, but the meetup piqued my interest, especially since I’ve written numerous scripts which might suit her goal. Being in an open-minded state, with time on my hands, thanks to my new FIRE lifestyle, I decided I had nothing to lose by checking it out.

The attendees at the meetup included me, Sharon and two others. We talked about our backgrounds and interests and did a table read of an old-timey radio drama. After meeting me, hearing about my substantial radio drama background, and reading a couple of my scripts, the wheels started spinning in Sharon’s head. Quickly her plan for her Meetup group became more ambitious.

It turns out that Sharon is plugged into the Sacramento voice acting community, and she got excited about assembling a group of actors to actually record some of my scripts. This was more than I had been expecting, but I was happy to go along for the ride.

Over the ensuing weeks, we rehearsed two short plays several times over Skype and then held one in-person rehearsal. I wore the hats of director and producer and Sharon wore the hats of actor and producer. As we proceeded on this journey, we had more and more discussions and brainstorms about making this a “real thing.” Slowly, Sharon’s enthusiasm wore me down and drew me in.

One thing we got stuck on was the name for the show. Between me, Sharon, and the cast members of the first two plays, we came up with about 35 names. In the end, none of them won out. Instead, at our “dress rehearsal,” a lightning bolt of inspiration hit voice actor Allen Fahden, and he blurted out “Seriously Odd Audio Theater.” We quickly riffed on this suggestion and tweaked it to “Seriously Strange Audio Theater” (the underlining of the letters “r-a-d-i-o” was my inspiration).

The next challenge was finding an affordable recording space. Finally, after searching long and hard, on March 24, we recorded the plays at a music studio in downtown Roseville, CA.

In the weeks following the recording session, Sharon deep dived into post-production and slaved away at editing and mixing the shows, with an ear towards audio perfection. In the meantime, I got busy designing artwork and developing a website for the troupe.

After a long wait (especially for cast members eager to hear their performances in the final production), I am thrilled to announce that we are ready to expose Seriously Strange Audio Theater to the world.

You can learn more about the troupe and listen to our first two episodes, “Table For One” and “Message from God” (both of which are comedy sketches), via:

Now that we have proven we can produce shows and distribute them on the web, Sharon and I are excited to produce more plays and pursue other distribution channels (e.g. radio and podcasting).

I am thankful that I met Sharon and also that my FIRE lifestyle afforded me the time, bandwidth and flexibility to explore new possibilities. For me, the ability to pursue this type of opportunity was definitely a “why of FI” (among other reasons).

In the world of Financial Independence, Retire Early, we might label our endeavor a “side hustle.” But in the world of the creative arts, I would definitely call our project a “labor of love.”

I’d love to hear your comments. (Note: I moderate all comments so you may experience a delay before your comment appears on the post. For any SPAMMERS out there, don’t waste your time submitting as I will reject your comment.)