How I Introduced My Kids to Star Trek

Home » Blog » How I Introduced My Kids to Star Trek 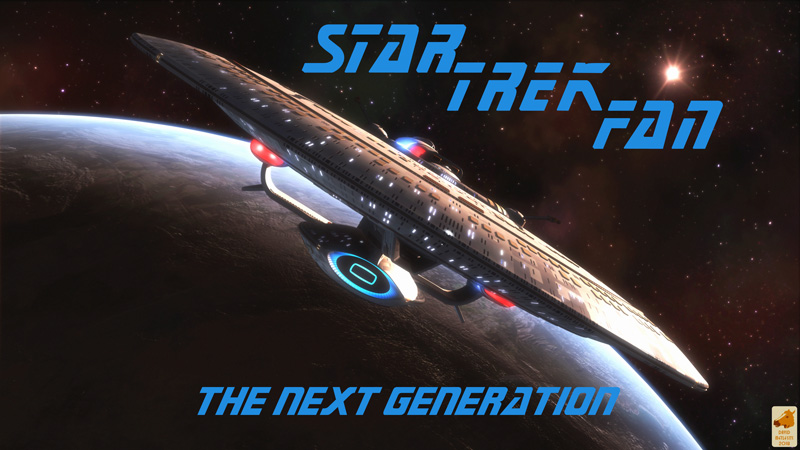 I am a first-generation Star Trek fan. TOS (The Original Series) debuted about a year before I was born and concluded when I was almost two years old. I watched the show after school while it was in daily syndication in the mid-1970s, along with my other favorite show at the time, Batman starring Adam West.

Back then, kids could easily discover Star Trek in organic ways. The show was in syndication across the country on broadcast television. TAS (The Animated Series) aired on Saturday mornings on NBC. Trek-themed toys were in Toys R Us. Trek comic books were floating around. And the Star Trek movie series debuted in cinemas in 1979, thanks to the popularity of Star Wars.

The irony is that while Star Trek is widely available, the franchise is not so easy for kids today to organically discover or plug into. The most recent “Kelvin timeline” movies enjoyed some box office success, but certainly nothing approaching the levels of other popular movie franchises. Meanwhile, the first new Star Trek TV series in 12 years, Discovery, is available exclusively on the CBS All Access streaming platform, which has relatively few subscribers compared to other streaming services. All of this is to say that Star Trek is not exactly top of mind in pop culture these days, especially among kids.

A Galaxy of Competing Universes

Even for kids who are predisposed to like science fiction, scores of other franchises compete for their attention, especially as compared to when I was growing up. Today, including both TV series and movies, a kid has an embarrassment of riches to choose from in the sci-fi and fantasy arenas, including:

That’s just a small fraction of the competition, from off the top of my head. In the era of Peak TV and mammoth movie franchises, where the amount of content and distribution channels has exponentially exploded, Star Trek is just a lonely voice in the crowd. And that’s without even considering Fortnite and other video games which most boys are obsessed with.

In the current media landscape, most kids are unlikely to gravitate towards Star Trek left to their own devices (both literally and figuratively). Even if they do become aware of Star Trek, how would they know where to start, given the daunting number of Trek TV series and movies?

As a father who is passionate about Star Trek, I would like to pass down my love for the franchise to my kids and to teach them about why it is special and how it is different from other entertainment properties. My motivation for cultivating their interest in Star Trek is twofold:

When my daughter and my son were approaching an appropriate age to start watching Star Trek, I realized I would have to figure out a careful strategy for introducing it to them.

So, how did I end up going about this?

Before answering this question, for comparison, I’ll provide a brief recap of how I “onboarded” onto Star Trek (for a little more detail, see the introduction to my earlier post, FIRE Trek: Parallels Between the Financial Independence Movement and Star Trek):

As context for readers who may be Trekkies or Trekkers, my favorites series are TOS and TNG, whereas I consider the “best” series to be DS9. My favorite movie overall is The Voyage Home, but, more generally, my favorites are II, IV, VII, First Contact, Insurrection, and Star Trek (2009).

Without any further ado, below is how I decided to sequence Star Trek for my kids.

Without much internal debate, I decided the best strategy would be to expose them to TOS first, for a couple of key reasons.

First, the show’s look is the most dated due to the advances in TV production and special effects since the 1960s. I think if you watch the higher production quality of any of the other series first and then go back to watch TOS, you may end up bringing an unfair bias against the show.

Second, the show introduces nearly all of the core themes and technologies of Star Trek, including the most iconic characters in the franchise. Once you become familiar with Kirk, Spock, Bones, and the rest of the crew, the stage is set for you to enjoy not only the original cast Star Trek movies (#1-6 in the series) but also the most recent movies from J.J. Abrams set in the alternate reality Kelvin timeline (#11-13).

So, starting when my daughter was around 10 years old and my son was around 9 years old, we began watching TOS. I showed them about 20 episodes (of the show’s 79), including my favorites along with other “important” episodes. My son watched a handful more on his own. He probably liked the series a bit more than his sister, but both of them responded to it, which naturally warmed my heart.

Which episodes should you show a kid? That’s pretty subjective, but as a general rule, you can throw out season 3 and focus on the first two seasons. You can’t go too wrong with the top 20 episodes from Hollywood.com’s Ranking of All 79 Episodes. Many other sites have similar lists.

Quite deliberately, the last episode I showed them was “Space Seed” (guest-starring Ricardo Montalbán as the villain of the week, Khan Noonien Singh), which set the stage for us to move on to phase two of my plan…

Next up in my campaign to indoctrinate my kids into Star Trek was to watch most of the movies together.

Just about any Star Trek fan will tell you that the worst movies in the series are the first (Star Trek: The Motion Picture) and the fifth (Star Trek V: The Final Frontier) — so, I highly recommend skipping them.

Accordingly, my kids and I started the movies with Star Trek II: The Wrath of Khan, shortly after we had watched “Space Seed.”

We followed up by watching Star Trek III: The Search For Spock, Star Trek IV: The Voyage Home, and Star Trek VI: The Undiscovered Country.

My son did later go back and watch The Motion Picture and The Final Frontier. He’s not a masochist, but he is a bit of a completionist. You may have noticed we DID NOT proceed to watch Generations which also prominently features Captain Kirk in the storyline.

Instead, after finishing the movies with the original cast, we watched the J.J. Abrams reboots (with a new cast playing the classic characters) in our home theater: Star Trek (2009) and Star Trek Into Darkness. Later, my son and I would see Star Trek Beyond in the movie theater shortly after its release.

3) Assimilation: Meeting The Next Generation

Next up in our journey towards fandom was the TV series, Star Trek: The Next Generation.

I don’t remember the first episode we watched, but it was not the series premiere, “Encounter at Farpoint,” which I consider to be one of the worst of the series. The episode is worth watching only because it introduces some key characters and serves as a bookend for the final episode of the series.

Instead, we watched a sampling of episodes, maybe 15 or 20 — ones which I thought were noteworthy or exemplary. My kids took a few episodes to adjust to the new set of characters, especially Captain Picard as compared to Captain Kirk. In the end, however, they found it entertaining, and my daughter seemed to like some of the Klingon mythology. Over time, my son grew to like TNG’s crew more than the crew in TOS.

Now that my kids were familiar with the TNG cast of characters, we could go back and watch the TNG movies: Generations, First Contact, Insurrection, and Nemesis. If you would like to be more selective, you could easily skip the first and the last of this series.

5) Insurrection By My Daughter

Sadly, around this time, my daughter’s interests started to diverge, and she lost most of her appetite for science fiction and mega action movies. Despite my best efforts, she hopped off the bandwagon for the rest of the Star Trek journey.

6) Sunday Night Fever: Going to the DISCO & Hopping Aboard The Orville

In September 2017, after much fanfare, Discovery, the first new Star Trek series in 12 years premiered on CBS All Access (the first episode also aired on CBS main). While the show has been controversial among the fan base, my son and I immensely enjoyed watching it together each week after new episodes dropped. He had already soaked in enough Star Trek lore to appreciate the new mythology and recognize the puzzling divergences from canon.

Around the same time, The Orville (a TNG-inspired comedy from Seth MacFarlane) premiered on FOX, and we had great fun watching that together as well.

As we’ve been waiting for the second seasons of Discovery and The Orville, my son and I have been further catching up on The Next Generation. Out of 178 episodes, I consider about 40 to be exceptional episodes, and we’ve slowly been working our way through them. I’ve seen most of these episodes only once before, when they first aired 25+ years ago, so watching them again feels like the first time in many cases. We have about a dozen episodes to go, and I am very much looking forward to rewatching the series finale, “All Good Things,” which (like many fans) I consider to be not only one of the greatest Star Trek episodes of all time, but also superior to any of the four TNG movies.

In January, we will continue watching Discovery (when season 2 premieres). After that, in the next year or two, we’ll try out the other numerous new Star Trek series CBS is planning for its All Access service, including the highly anticipated “Old Man Picard” series (starring Patrick Stewart) expected in late 2019.

I am not sure yet what I will do about Deep Space Nine and Voyager, as only so many hours exist in the day, especially when considering common-sense limits on a kid’s screen time. Perhaps, we’ll move on in our journey and watch a cultivated list of episodes from those shows. Or maybe I’ll leave my son to explore these series on his own when he is older. TAS (which I like) and Enterprise (which I don’t) are definitely his own responsibility to watch or skip as he sees fit.

At this point, about four years into our slow-paced Star Trek viewing marathon, I consider I have done my duty and have succeeded in creating at least one new Star Trek fan on the planet. Even if Star Trek is not any more special to my son than are the millions of other franchises he also likes, it’s enough for me that Star Trek is in the mix — and that he has developed curiosity and excitement about its mythology.

Update – May 1, 2019
Star Trek news site Treksphere has republished a slightly updated version of this post.

The featured image for this post is based on the Peaceful war machine fan art by David Metlesits. Special thanks to David for permission to use his art extensively in this post.

Also, special thanks to Gary Anderson for use of his character fan art.

How about you? Do you have a different notion about the best way to get kids into Star Trek? If so, please let me know in the comments.

Share this:
5
« The Walking Dead Or The Handmaid’s Tale – In Which Dystopia Would You Rather Live?
How I Tamed Peak TV with EpisodeCalendar »