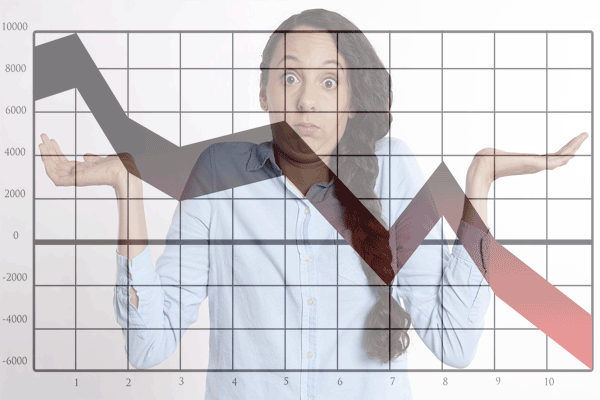 In a recent post on the blog Retire By 40, Joe Udon gave his take on the question: Is The FIRE Movement a Fad? Joe was rebutting a post from Physician on FIRE who argued that The FIRE Movement is Here to Stay.

Joe concluded that the FIRE movement (Financial Independence, Retire Early) is a fad:

For a regular person, financial independence requires a ton of discipline. You have to save and invest a large portion of your income for many years to get there. You’ll have to live a lot more modestly than your coworkers and neighbors. Even if you save 50% of your gross income, it would take 15-20 years to achieve FI…

I used to think anyone can achieve FIRE, but recently I changed my mind. I think only a very tiny minority of us can attain financial independence and retire early. For a normal person, FIRE is virtually impossible. The execution phase is much longer than the planning phase. Most people won’t last…

This is why I think FIRE is a fad. It’s a great story, but it is too difficult to execute. Eventually, most people will lose interest and go back to the established path.

In the past six months, FIRE certainly has become a trendy topic and a media darling with stories almost every day about Millenials reaching FIRE at insanely young ages and dropping out of the corporate world. I do think that the media will eventually tire of this theme and turn its attention elsewhere. I also agree with Joe that achieving FIRE probably seems like a difficult, if not impossible, idea to the average American. However, I disagree that FIRE is a fad, especially the FI part.

We recently discussed these posts at a local meetup of ChooseFI Sacramento. During the conversation, I made the argument that the FIRE Movement’s biggest potential impact is NOT the idea of retiring early or achieving financial independence at a young age.

The FIRE Movement’s biggest impact is that it can teach people to become FINANCIALLY LITERATE and FINANCIALLY INTENTIONAL.

I would argue that financial literacy and financial intentionality are the first two steps on the path to financial independence. For most people, even if those are the only steps they take and proceed no further, they should be better off than before.

Emphasizing the importance and necessity of becoming at least financially literate, if not financially intentional, is (I hope) not a fad meme but instead a social paradigm shift that is long overdue.

In America, most people receive very little formal education about personal finance either at school or at home before becoming young adults and entering the real world. As a result, many people develop bad money habits or, even worse, fall prey to predatory practices by financial institutions, such as:

As a result of the paucity of formal financial education, America has a financial literacy problem of epic proportions.

According to a MarketWatch story from last August:

In April 2018, Forbes offered up 4 Stats That Reveal How Badly America Is Failing At Financial Literacy:

44% of Americans don’t have enough cash to cover a $400 emergency.
43% of student loan borrowers are not making payments.
38% of U.S. households have credit card debt.
33% of American adults have $0 saved for retirement.

The story concluded that:

Overall, people want to make good financial decisions that set them up for success both today and in the future, but most never had the opportunity to learn how to do it. Case in point: two-thirds of American adults can’t pass a basic financial literacy test.

Based on these data points, I think we can safely assume that many people learn the basics of personal finance haphazardly or only after making costly mistakes.

The FIRE Movement Is Here to Help

On the other hand, what happens to people when they drink from the fire hose (pun intended) of the financial independence movement? In most cases, as a result of consuming FI-related blogs and podcasts, they would quickly learn (or at least hear about) essential money management concepts which everyone should know.

Below are some of the key ideas you will find in FI community discussions that can help you to become financially literate:

The concepts I listed above are important to learn about, but becoming financially literate is only half the battle. Once you understand most of these topics, at least at a rudimentary level, the next step is to do something with that knowledge. The good news is that the FI community specializes in offering actionable takeaways, and members generously share their tips for hacking, optimizing, and strategizing in all areas of personal finance.

Following the advice of the FI community, you can move on to the next step of becoming financially intentional.

While brainstorming this post and checking the web to see if anyone had written about financial intentionality, I found that in January, The Financial Freedom Project offered up a clear and concise definition that closely matches what I had in mind. So, rather than reinventing the wheel, I’ll share their definition:

Financial intentionality is, quite simply, the concept of being intentional, deliberate, and purposeful with one’s finances. It is the exact opposite of the easy-come, easy-go default approach to money that is adopted by many.

The key idea is to self-reflect on your current money habits and validate whether they are mindless (“accidental”) or whether they are deliberate (and aligned with your goals). The principle of intentionality can apply to any area of your life (fitness, food, screen time, etc.), not just to personal finance.

For illustration purposes, let’s consider the extreme case of 32-year old Teresa who:

Based on these money habits, Teresa does not look like the typical member of the FIRE community — but does that mean that her habits are “bad” or incorrect?

That depends … on whether Teresa has adopted these lifestyle choices as part of an intentional plan oriented towards her long-term goals.

If Teresa’s goals are to pay for her kids’ college educations and retire by 50, then her habits do not appear to be in alignment with her goals. And we’d probably guess that she fell into these habits in a mindless way by following the usual script of lifestyle inflation and keeping up with the Joneses.

On the other hand, Teresa’s choices may be quite intentional.

For example, perhaps she…

In this second scenario, we’ll assume that Teresa has deliberately and thoughtfully made each of her lifestyle choices and understands their impacts on her future. Her choices may smell funny or seem foolhardy to the FIRE community, but they make sense to her.

Returning to scenario 1, what might Teresa do if, in reality, she is financially accidental — in other words, if her financial situation evolved over time without much thought or planning?

If Teresa were to binge consume FI community tips, tricks, and best practices, she could become financially literate and then move on to financial intentionality by formulating a sound plan to improve her financial health.

Whether or not Teresa has any aspirations to retire early or achieve financial independence before traditional retirement age, making these changes would greatly improve her financial health, including her flexibility to handle adversity.

Even better, imagine how much Teresa might have benefited from learning these money management strategies before she entered the workforce or even before attending college. As they say, “An ounce of prevention is worth a pound of cure.”

As I mentioned earlier, intentionality is a mindset you can apply to many areas of your life as a way to increase your health, happiness, and well-being.

Here are some personal examples.

My family became vegetarian well over a year ago, and we also significantly reduced the amount of packaged food we eat. Even before that, we already were conscientious and intentional about the amount of sugar we consume, eating sugary sweets only as a mindful diversion from our normally healthful eating habits. (Related post: How and Why Our Family Became Happy Vegetarians.)

Although I have a passion for TV (and movies), I have a high bar and have always detested random and mindless channel surfing. I also can’t stand watching commercials (after all, time is a limited resource). Consequently, when I sit down to watch TV, I always do so with the intention of watching a very specific show via a commercial-free source (e.g. on-demand streaming or a DVR recording). I never sit down with the question, “What’s on right now?” (Related post: How I Tamed Peak TV with EpisodeCalendar.)

Historically, I haven’t been much of a social media participant. Although I am on LinkedIn for professional networking purposes, until recently, I was completely dormant on Facebook. However, in the last year, I have joined a fair number of Facebook affinity groups (including some related to personal finance blogs and podcasts). I can now see how Facebook can become a black hole that sucks up infinite amounts of time. As a result, I am trying to be mindful and purposeful with my Facebook usage — e.g. leveraging it as a tool to promote my blog, crowdsource answers to questions, build social connections, and facilitate face-to-face meetups.

Will the FIRE Spread Or Burn Out?

Nobody knows yet whether the FIRE movement will result in a substantial and persistent increase in the number of people reaching financial independence or retiring early. But my hope is that the trend toward becoming financially literate and financially intentional is anything but a fad and, over time, will become the social norm rather than the exception.

What do you think of my arguments above? Are you financially accidental or intentional? Is the FIRE movement just a fad? Please let me know in the comments. (Note: I moderate all comments so you may experience a delay before your comment appears on the post. For any SPAMMERS out there, don’t waste your time submitting as I will reject your comment.)