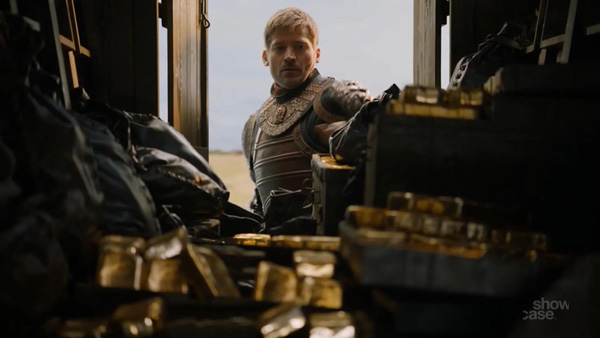 Between DIRECTV (satellite service), Netflix and Amazon Prime, I definitely spend more money than I’d like on home entertainment. (Note: I plan to finally “cut the cord” when my DIRECTV contract ends.)

I also rotate between short-term subscriptions to three other services: HBO (for their original TV series), Hulu (for “The Handmaid’s Tale” and a few other TV series and movies), and CBS All Access (for “Star Trek”).

With “Star Trek: Discovery” about to conclude its second season and “Game of Thrones” about to begin its eighth and final season, I am planning to shift my subscription rotation from CBS All Access to HBO.

This got me thinking:

Could I figure out a way to pay for just one month of HBO (at $14.99 per month), instead of two months, in order to watch the final six episodes of “Game of Thrones” legally and in real time (i.e. as each episode airs)?

I found a relatively easy solution, which relies in part on the serendipity that I am a DIRECTV customer, and they happen to be offering a free preview of HBO from Monday, April 8 through Sunday, April 14.

Here is my plan.

I think a total cost of $14.99 is a pretty good deal, especially since I have at least two other series to catch up on since I last subscribed to HBO: the final season of “Crashing” and the second season of “Barry.” (I never got into “Veep” which also just returned for its final season.)

For anyone who wants to watch “Games of Thrones” on the cheap, certainly, the least expensive method is to binge-watch all six final episodes AFTER they have aired, during a one-week free trial. However, if you were to watch this way, you would miss out on all the fun of discussing the show (online or offline) in “real time” after each episode airs.

Some people also share credentials for streaming accounts with friends or family (or find illegal ways to watch), but my goal was to find a legitimate way to watch on the cheap. Also, I don’t mind shelling a few bucks over to HBO in return for all of the exceptional content they produce.

After formulating my plan, I posted in the ChooseFI Facebook Group to share my strategy and solicit ideas from other members of that community.

Below are some of the better ideas they shared for watching “Game of Thrones”:

If you have any other creative ideas for subscribing to HBO on the cheap or watching Game of Thrones via legal means, please share in the comments.