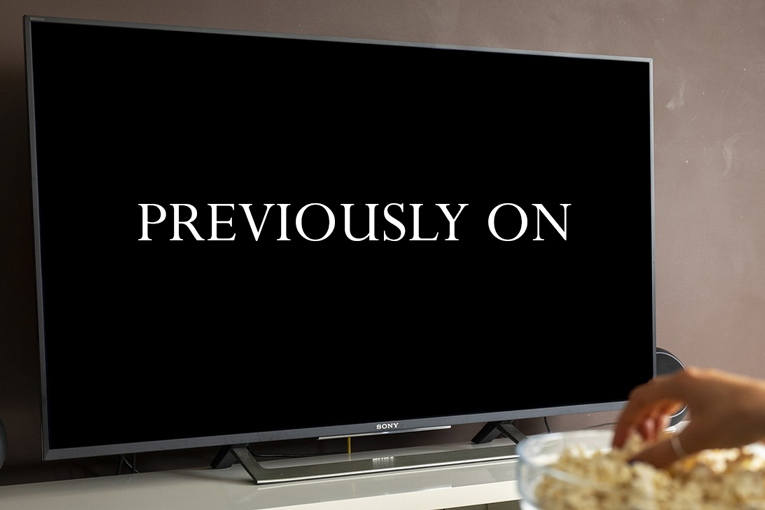 Those are welcome words for anyone who watches episodes of serialized TV series week to week or at irregular intervals. Episode recaps remind us of the events in the previous episode and also may include plot nuggets from even older episodes that will pay off in the new episode.

I nearly always watch such episode recaps. But what about season recaps? In the age of streaming, where the length between seasons is typically a year or more, season recaps are essential. But they aren’t as common and can be hard to find.

In the “olden days” of September to May broadcast TV seasons, you had to wait only a few months between the finale of one season and the premiere of the next. For most people, that wasn’t long enough to forget everything between seasons.

Since the advent of streaming TV platforms, scheduling patterns and viewing habits have changed in numerous ways:

The durations between seasons are now longer for many shows. For example, the season four premiere of “Stranger Things” in May will happen nearly three years after the debut of season three. Granted, this is an extreme example and one that has extenuating circumstances (the COVID pandemic disrupted production). But even in “regular” times, the gap between seasons is usually 1-2 years for most streaming series.

Even if a show normally releases week to week over ten or twenty weeks, many viewers will wait until all episodes are available and then binge-watch them all at once. I watched each season of “The Mandalorian” this way to minimize the time I needed to subscribe to Disney+.

Some viewers (including me) may abandon a show only to later give it a second chance. I needed recaps of the first season of “Better Call Saul” and the first two seasons of “The Magicians” when I resumed those series after long gaps.

How Long Should You Watch a TV Show Before Judging It?

These changes in TV industry release patterns and audience viewing habits have created a pressing need for comprehensive season recaps for serialized shows. Especially for long-running series with intricate mythologies.

Some streamers do provide “previously on…” recaps before season premieres. But at around two minutes on average, these synopses are too short to provide anything but a superficial memory refresh.

The season recaps I find most useful are usually 8-10 minutes and sometimes longer. That is enough time to get reoriented on important character arcs and plot points.

The best place to find comprehensive recap videos is on YouTube — where several channels provide long-form recaps. Here are some examples.

Most recaps I watch on YouTube are well-produced and help me get back into the flow of a series — although sometimes I have to watch two or more to get the full picture. The problem is that season recaps are not available for every show you might watch. Recaps for hit shows and genre favorites are usually easy to find. But for more obscure shows, you may be out of luck.

To benefit viewers, I’d like to see the streamers provide high-quality season recaps directly on their platforms. “Official” recaps would have several advantages:

How about it, streamers? What do you say? Am I asking too much?

What do you think? Would you like to see thorough season recaps directly from the streamers? Do you have any favorite YouTube recap channels that you’d like to share? Please let me know in the comments.